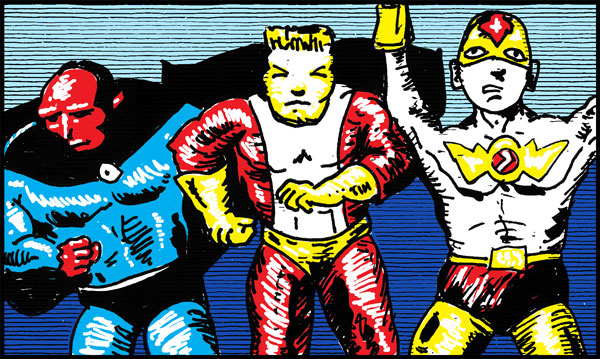 Muscle men in tights, capes, and masks were de rigueur for the comics in the 1960’s and 1970’s. I grew up during the end of the Silver Age of comics and just before the Underground Age. It was a bland regurgitation of Superman and Batman. Originally these heroes offered a brooding narrative of good triumphing over evil and healthy patriotism and firmly established World War II values. By the mid 60’s, those great moral heroes from my father’s generation had become just cartoons. They were spoon-fed to the young Baby Boomers by old men in suits trying to figure out “what these kids today will buy”. Salesmen fueled by the power of psychology were simply pedaling pablum. The generation gap widened, and the Superhero lost his golden aura. 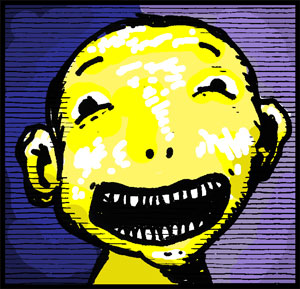 For me the glory of comics was pre-Golden Age and included the Yellow Kid, Krazy Kat, the Katzenjammer kids, and Little Nemo. Such racism! Such drawing! These strips were created by a World War I generation fueled by another set of values and long forgotten artistic genius. These heroes were not super, they were adventuresome mischievous children and clever naive cats and mice. 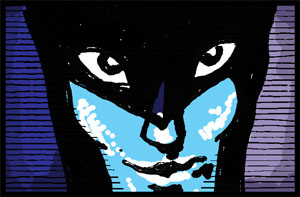 When I saw the Apex Treasury of Comix in 1973 my life changed. Crumb and Shelton could do what my old favorite Mad Magazine could never do: Go All The Way. Sex, drugs, counterculture politics, and an ethos of freedom were explicitly and lavishly drawn by young contemporary artists, people just like us. This wasn’t more spoon-feeding by our parent’s generation. The Superheroes became Anti-heroes. I accepted satire, parody, and lampoon as the proper lens to view the Real World – not the church ethics, middle class values, and patriotism of the previous generation. There was plenty of reinforcement for my burgeoning world view of distrust, suspicion, and cynicism. Assassinations, wars, serial killers, riots, protests, pollution, and every kind of political corruption overwhelmed us.

Corny newspaper dailies like Nancy, Family Circus, and Peanuts seemed bound and gagged as R. Crumb came like a Ginsu knife slicing through the perfectly ripe tomato of life with such magnificent precision. The Freak Brothers became white ghetto archetypes: the cool guys, urban dopers trying to survive all the bullshit and just get stoned, while Crumb just wanted to draw, and shine his spotlight on hypocrisy.

We are still spoon-feeding kids some updated version of Superman, Batman, and Spider Man, each a misunderstood conflicted hero with a difficult past. What are the Millennial’s creating for their children? Manga heroes who fight and kill for a mysterious Code of Honor have usurped our brooding Silver Age superheroes, while navel-gazing autobiographical characters transparently stumble through life. Perhaps a second age of Underground Comix will arise from our disillusioned, quarantined young artists. Anti-digital, anti-mass-distribution, anti-superhero, anti-antihero comics.