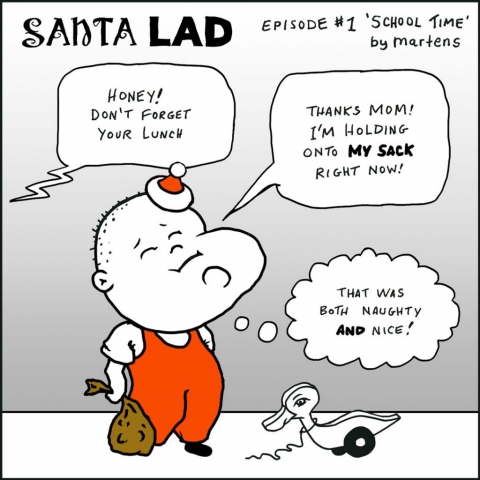 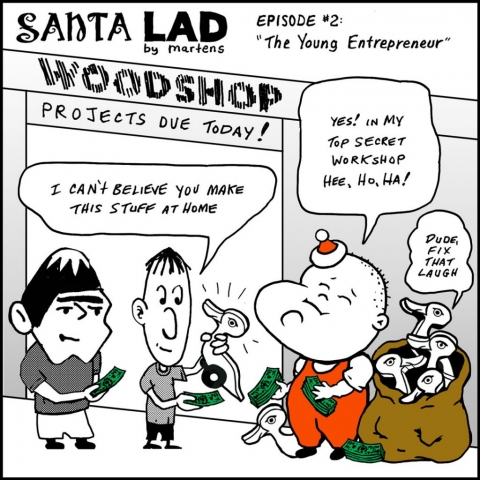 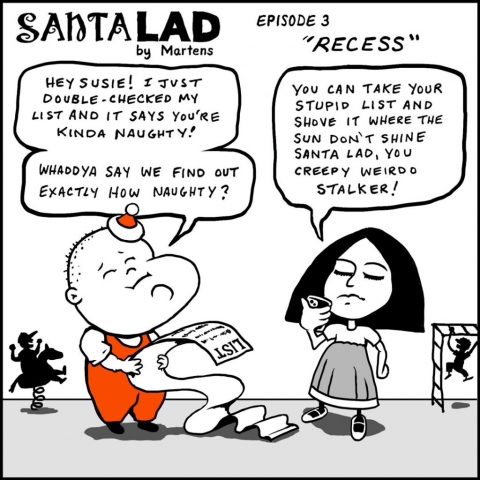 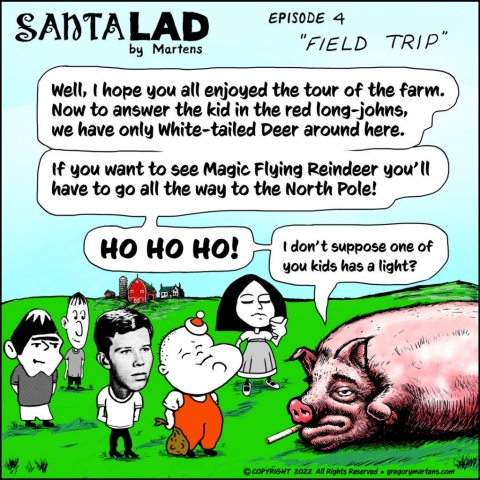 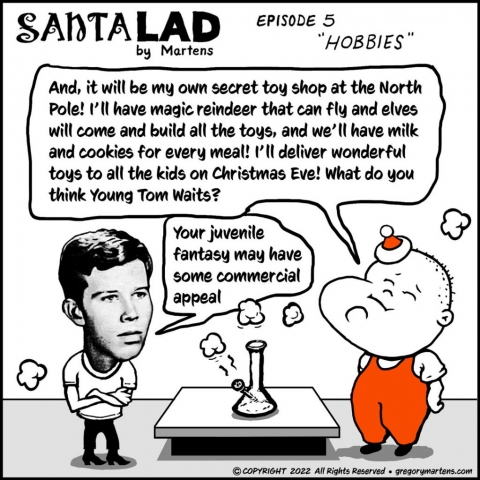 In preparation for the upcoming [Milk Comic Fest] I’ve been sorting through a lifetime of comics both published and unfinished; as well as finished yet unpublished, and even unfinished and unpublished. I should have plenty for the table which will be shared with fellow Milwaukee artist Ian MacGregor Lynch. Sept. 11 at the Cactus Club in Milwaukee 10am-3pm.

I had a good start with Woolly Willy comics and Young Tom Waits comics, then picked up momentum with Hogwash. I found a way to use photoshop that really frees me to write quickly.

View all these comics [here]

Now I’m focused on Santa LAD, the childhood backstory to the mysterious fellow that we have always known as an old man living with his old wife at the North Pole. What was Santa Claus like as a kid? Under what circumstances did he arrive at the North Pole?

Santa LAD somehow went to school with Young Tom Waits (who you’ll agree is rather ageless) and he even visits the pig at the Hogwash farm. These as well as other artistic treats, will all be available in print form, at the Milk Comics Fest, on 9/11. The bold young staff putting this festival on for us can really use our support, stop by and say hello.